Selling Your Merchant Portfolio? There Could Be $16 Million In It For You 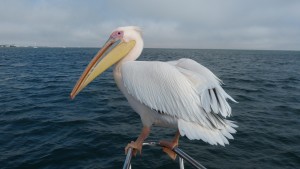 If you work it right.

Ok, so this is a Pelican.

“1. This case involves allegations of a Ponzi scheme that, along with two distinct but related Ponzi schemes, is the subject of a related civil injunctive action filed by the Commission against Joseph
A. Nelson (“Nelson”) and others in the District Court for the District of Utah, SEC v. Zufelt, et

al., 2:10-cv-00574 (DB) (D. Utah, June 23, 2010). From at least June 2005 through June 2010, Nelson and his associates, including at various times Defendants Kevin J. Wilcox (“Wilcox”) and Jennifer E. Thoennes (“Thoennes”), solicited at least $16 million dollars from more than 100 persons to invest in promissory notes offered by JCN, Inc. (“JCN”), JCN Capital, LLC, (“JCN Capital”) and JCN International, LLC (“JCN International”) (collectively, the “Nelson Companies”), all of which Nelson owns and controls. Certain other persons invested with Nelson personally.
2. Nelson, Wilcox, and Thoennes told investors – many of whom are fellow members of the Church of Jesus Christ of Latter Day Saints (“LDS”) that Nelson identified and targeted through church connections and during church functions –(Now here’s the good part) that Nelson and the Nelson Companies were engaged in the business of purchasing merchant portfolios, holding them for a certain period of time, and then selling them for a profit to financial institutions, such as banks. They claimed that Nelson and the Nelson Companies earned money from so-called “residual income” generated by the merchant portfolios while they were in Nelson’s possession, as well as from profits generated when the portfolios were supposedly sold. Investors were promised extraordinary rates of return – up to 200% – in a very short amount of time.

3. All of these claims are materially false or misleading. Nelson never bought or sold a merchant portfolio. Instead, Nelson used invested funds to make monthly payments to investors, pay his personal expenses, and pay his employees and associates, including Wilcox, Thoennes, and his brother, Defendant Eric R. Nelson (“Eric Nelson”).”