There are a couple of things I like about this merchant fraud allegation.

The FTC alleged that Roca Labs unfairly used “gag clauses” in their sales contracts and terms and conditions of use, through which Roca threatened to sue purchasers if they complained to a third-party consumer reporting organization (e.g., Better Business Bureau), or posted negative comments about Roca and its products on Internet websites. Roca also failed to provide refunds: the initial three to four month supply cost $480. The lawsuit was filed in federal court for the Middle District of Florida, No. 8:15-cv-02231.

Perhaps underwriters will want to pay close attention to their applicants’ Terms and Conditions.”

My first “like” is that they thought that the First amendment might not apply and that nobody had tried gagging the public before. (See citation) FTC v. Jeremy Johnson, et al. In which the FTC said:
“They (I works) also attempted to drive down their chargeback rates by threatening to report consumers who seek chargebacks to an Internet consumer blacklist they operate called “BadCustomer.com” that will “result in member merchants blocking [the consumer] from making future purchases online!”

Then, my second “like”, their product was allegedly made to  fill up the space in your stomach with their powder so you wouldn’t feel hungry.

And then the best part of the product, okay this makes 3,  “just add WATER OR ANY LIQUID”!!

This is a guy’s diet. 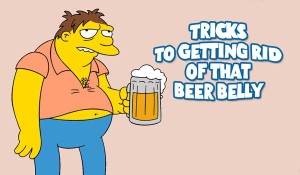