Hiding Behind the Tribe

A racketeering charge against race car driver Scott Tucker resulted in his arrest yesterday in connection with a long term on-line lending scam. Over the past ten years many state AG s have tried to corral the illegal operation of Tucker’s AMG Services, Inc. d/b/a Ameriloan and various other names.

Tucker, and his attorney, Timothy Muir, who was also indicted, have always claimed that the businesses were owned by two tribal corporations controlled by the Miami Tribe of Oklahoma. They claimed that the Tucker Payday Lenders could not be sued because they were entitled to the protection of “tribal sovereign immunity,” a legal doctrine that generally prevents states from enforcing their laws against Native American tribes.

According to the indictment, to make it appear the tribes were involved in loan approval, Tucker and Muir created “the sham appearance of tribal ownership and control” of the payday lenders in 2003 and involved three tribes in the deception. He had members of two tribes “press a key on a computer on a daily basis on hundreds or thousands of loans.”

The Feds want Tucker to forfeit $2 billion, six Ferrari race cars, four Porsche automobiles and a Learjet. They may want 20 years of his life as well.

Merchant processors will want to be sure that none of their debt collection accounts are working with loan agencies that hide behind the tribes lest they find a government arrow in their back. 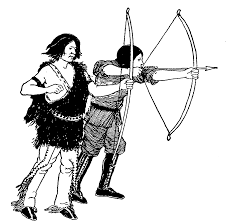 The Racketeer Influenced and Corrupt Organizations (RICO) Act, Title 18, United States Code, Sections 1961-1968 was passed in 1970 to address organized crime, then primarily the Italian Mafia. For an extensive explanation by attorney Jeffrey E. Grell of this complex legislation see http://ricoact.com/. For the purpose of this post it is timely to alert merchant… END_OF_DOCUMENT_TOKEN_TO_BE_REPLACED