HOW MANY TIMES WE GOTTA TELL YA??

After following the lead of one of those fraudsters “Who didn’t Go Away” Ryan Hult, Vixious Merchant Services LLC and Keybancard LLC and their owner, David Vankkomen allegedly adopted Hult’s twice sanctioned schemes, Tax Club and PayBasics, thinking that three tries would be lucky. It wasn’t. In January 2013 the FTC had closed down a group of entities and their principals doing business as, among other entities, The Tax Club, for engaging in deceptive telemarketing practices in connection with the sale of purported small business development products and services. That same month, Hult formed TSM. Hult is a former Tax Club employee, as were several of the telemarketers who worked for the RBC Entities.

It’s becoming very apparent that processing for fraud merchants may well put the processor in the same government stew as their clients. 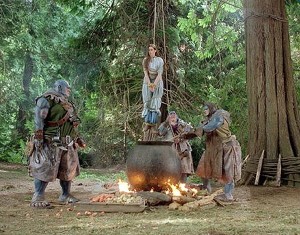 When caught laundering transaction the stew gets even hotter. Cases that may be initially FTC or CFPB sanctions may be referred for criminal prosecution.

In the matter at hand,http://acquirerrisk.com/ftc-vs-top-shelf-marketing/, one can read the details, which include the following:

Someone must have thought this was a good idea at some point. According to allegations in the new FTC filing CardReady LLC, an independent sales organization, and its executives, Brandon A. Becker, James F. Berland and Andrew S. Padnick, arranged for at least 26 shell merchant accounts to be used to process credit card payments… END_OF_DOCUMENT_TOKEN_TO_BE_REPLACED

Steven McKinlay, and Kristi McKinlay, owners of God’s Sports Company, have been charged with a dozen felonies, including using untrue statements in the purchase or sale of a security, grand theft and the use of a device in a scheme to defraud, according to the Orange County District Attorney’s Office. Authorities say they bilked investors,… END_OF_DOCUMENT_TOKEN_TO_BE_REPLACED