And the eight arrests last week of individuals allegedly involved in the processing of fraudulent timeshare re-sale transactions. 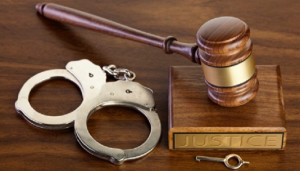 All of this long after the winding down of the various scam companies and after the FTC’s sanction of Newtek Merchant Solutions and their ISO, HES Merchant Services.

It’s rare that FTC actions are followed by criminal prosecution, however egregious the financial crimes are. Often the last words we hear reported in the government settlements amount to “go and sin no more.” At least until we hear of them sinning again, as we often do.

The sinners in this matter that targeted and victimized persons over the age of 55 in the U.S. and in Canada are:

Underwriters may want to observe a “Keep Your boss Out of Jail” day at least once a month by reminding themselves of the potential results high risk merchants can bring.

You might not like this either. Last week the Consumer Financial Protection Bureau (CFPB) entered their rulemaking process to establish approaches that will eliminate the “payday loan” debt traps marketed to financially vulnerable consumers. These rules may address lenders’ failure to underwrite for affordable payment, rolling over or refinancing loans, and other duplicitous practices. We… END_OF_DOCUMENT_TOKEN_TO_BE_REPLACED